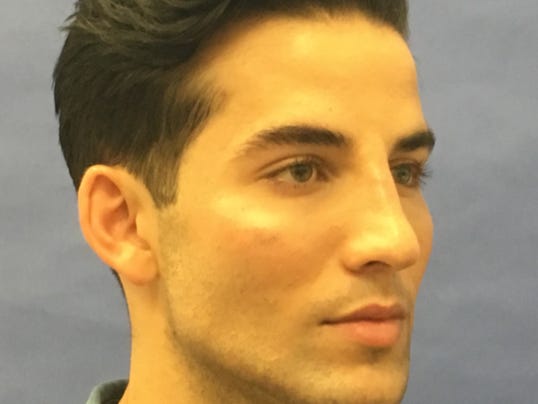 A photo of patient who has undergone surgery to improve his appearance(Photo: Courtesy of Dr. Douglas Steinbrech)

From aging executives trying to fend off younger rivals to male models looking to make a bigger splash on the runway, more men are turning to plastic surgery to try to improve their looks, the industry’s professional organization says.

Still, men still lag far behind women when it comes to surgically improving their appearance. The number of procedures for women rose 127% over the same span of nearly two decades. Women accounted for 92% of all plastic-surgery procedures last year.

But when it comes to a market growth opportunity, plastic surgeons are counting on men. They want patients like Maurice Samuels, 44, a database administrator in Pittsburgh, who decided to do something about his wrinkles.

While pleased overall with his appearance, Samuels saw an opportunity. When he viewed a Botox commercial on TV a decade ago, Samuels decided to give it a try.

“I have been going back ever since,” Samuels said.

When it comes to major procedures, young men tend to aim for improving their bodies through breast reductions, liposuction and tummy tucks, the society said.

Older men are having more anti-aging procedures. Filler injections are up 99% since 2000 and Botox has quadrupled in popularity.

The stigma once attached to plastic surgery is disappearing, making it more appealing to men, said Jeffrey Janis, the society’s president who is also a professor specializing in plastic surgery at Ohio State University.

“Men were a little bit more reluctant to talk about it,” he said. Now, that’s “no longer the case.”

One plastic surgeon, Douglas Steinbrech, said he has seen a tenfold increase in the number of male patients since 2015.

Men “were asking more and more questions about their face and body,” said Steinbrech, with offices in New York and Beverly Hills. Recognizing there was an untapped market, Steinbrech said he set up a website focusing on procedures for men in 2012 and “the number of people (who) were looking for more information about plastic surgery exploded.”

The most popular procedures for men last year were mostly those that could apply to either sex: nose jobs, eyelid surgery, liposuction and breast reduction were the top four, the society reports. But next comes one more specific to men: hair transplants.

Older men are focusing on anti-aging procedures, sometimes hoping that looking younger will help them in their careers. With many men trying to extend their careers beyond normal retirement age — and plastic surgery can help.

Steinbrech also has the so-called “C-level” patients, CEOs, chief financial offers, chief information officers and others. Top male executives often want procedures like neck or eye lifts. They also can be a candidate for torso tucks.

“Oftentimes, they are looking to compete with the younger people in the workforce,” Janis said.

Tiger Woods could pay big bucks to dock his yacht during...

Consumer Reports names best car in every segment for 2018

Amex picks LAX for its next Centurion Lounge